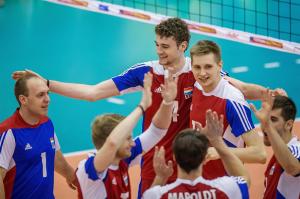 éischtligist Terville Florange tested twice and the German winner as the game went on. from that

temple Wiesbaden currently a little unlucky injury risk (in particular in the hearth block) are all further Testmatcher being oofgesoot and the focus is now on Interaction. The Annalena Mach has the exact amount Preparatiounsmatcher story time will merge its Matspillerinnen. Among the whole team is still air moves up the season in Wiesbaden on 22 October against Vilsbiburg go.

Steve Weber started with his new club VC Bliesen a first Testmatch early September against the British Doublésgewënner VC streets, gunmen against Rhein Main volleys from the first German Bundesliga postponed. As expected it was awarded a number too high and the match ends 0: 4 lost. So Bliesener the other hand, benefit for all players a chance to go to the field to prove Steve 1.5 sentence acquire as what may.

Chris Zuidberg shrink assured Tours VB increasingly on Diagonal player ëmgeschoult. Many use the time he has with ambitionéierte Klubb from France in the first team but unfortunately not. Therefore he goes to the Nowues focus of Tours but to the leader and can often be enough to prove that he can still weiderentwéckele. In fixture in the first team against the Belgian champions Knack Roeselare bear Chris with hot do is put his light injury to FOussgelenk geschount be. France will launch on October 20 again starts Tours plays the first match against Chaumont.

Chaumont was also a test of ability Noliko Maaseik and Kamil Rychlicki, after a very poor performance and all elements – the Kamil has only played in the 3rd sentence – Maaseik loses the match 0: 3. Similar play then also the match against Maaseik TV Buhl from Germany, with 1: 3 in the Kamil last 2 sentences in the story. Against Ajaccio Kamil bear the entire game play and after bad départ up 11-16, has Maaseik after the game extended to the end 3: 0 win. The first official match for the Kamil and his new club is 12th October against Knack Roeselare in the Belgian Supercup.